Tonisity International
en
US site
View Distributors
Return to Media
Tonisity Px results in better survival and increased vitality, according to Chilean results
Both groups (TPX and control) were well balanced for parity and litter size indicating a well-managed study. 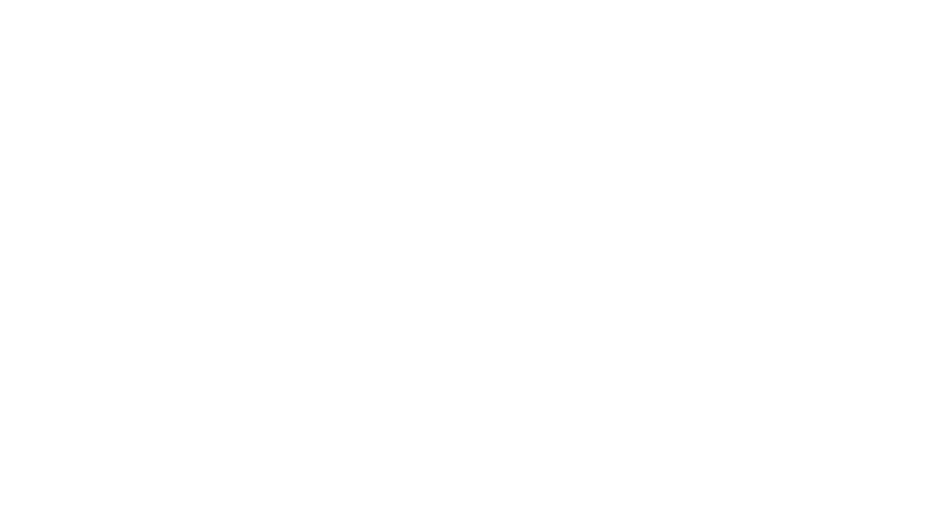 Tonisity recently carried out a study on a 4,000-sow commercial farm in Chile. The objective of this research was to evaluate the effect on piglet pre-weaning mortality (PWM) of Tonisity Px (TPX), a combination of electrolytes and key gut enhancing bioactives, in the farrowing house. Historically, the farm produces 2.3 litters per sow per year, with an average 15 piglets born alive per litter, which translates to 138,000 piglets per year with PWM usually occurring at a rate of 9.8%. Both groups (TPX and control) were well balanced for parity and litter size indicating a well-managed study.

In summary, feeding Tonisity Px from days two to eight of life resulted in:

Tonisity Px fed to all piglets from day two to eight of life resulted in an extra 0.55 piglets per sow per year, which translates to 2,200 extra piglets a year across this one site!

In both groups, AcidWean (vitamins, electrolytes, sweetener and acidifier) was provided, pens were given 500ml per litter per day for the entire pre-weaning period for runt litters and for five to seven days for litters suffering with diarrhea, regardless of the treatment group. Tonisity Px and AcidWean were administered in separate round creep feed pans.

The water used for Tonisity Px reconstitution was filtered using a HydroLife 300 filter to ensure optimal microbiological and chemical quality.

The mortality in this study was low when compared to the 13.2% worldwide average reported by the InterPIG Consortium, which indicates a good farrowing house management. The overall mortality in the TPX group was 1.6% lower than the Control group, representing a 25% reduction with a P value of 0.07 (Figure 3). This results in an extra 0.24 piglets per litter, and an extra 16 piglets for every 1,000 born. The current study results agree with our global mortality meta-analysis which included 148,170 pigs in 12,442 litters carried out in 22 countries over the last seven years. In these studies, the average mortality in TPX groups is 9.5% in comparison to that of Control groups, which is 11.8%. This represents a very significant 20% reduction in the TPX groups. 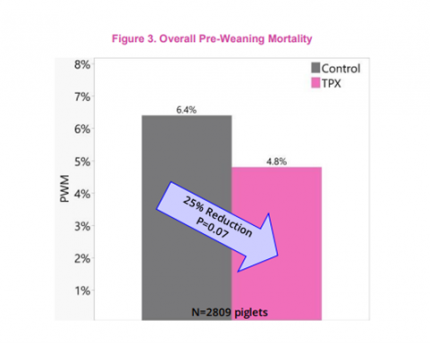 In this study, we investigated whether TPX had a preferential effect on litters of young vs. older sows. To achieve this, the data was reanalysed, and litters were categorised based on sow parity into parity 1-2, parity 3-6 and parity 7. The Tonisity Px effect was most significant in parity 3-6 sows. The PWM for TPX piglets in this groups represented a 40% reduction with a P value of 0.02.

Mortality by cause of death

The main cause of death for the piglets in this study was crushing, followed by starvation and then diarrhea and euthanasia respectively. It is significant to note that PWM, as a result of crushing, for the TPX group showed a 33% reduction with a P value of 0.03.